How Happy are DRaaS Users?

Cloud computing has come of age. A decade ago the cloud, and all the services they provided were looked at as “experimental”. There was hope but companies were reluctant to risk essential corporate assets to it at that time.

It is easy to understand the attraction of cloud storage for data protection, but what about a more complex service – Disaster Recovery-as-a-Service (DRaaS). Today, enough organizations have deployed DRaaS to begin to look at their experiences and see if DRaaS can also be considered an essential cloud service or an expensive, boutique offering for deep-pocketed enterprises. 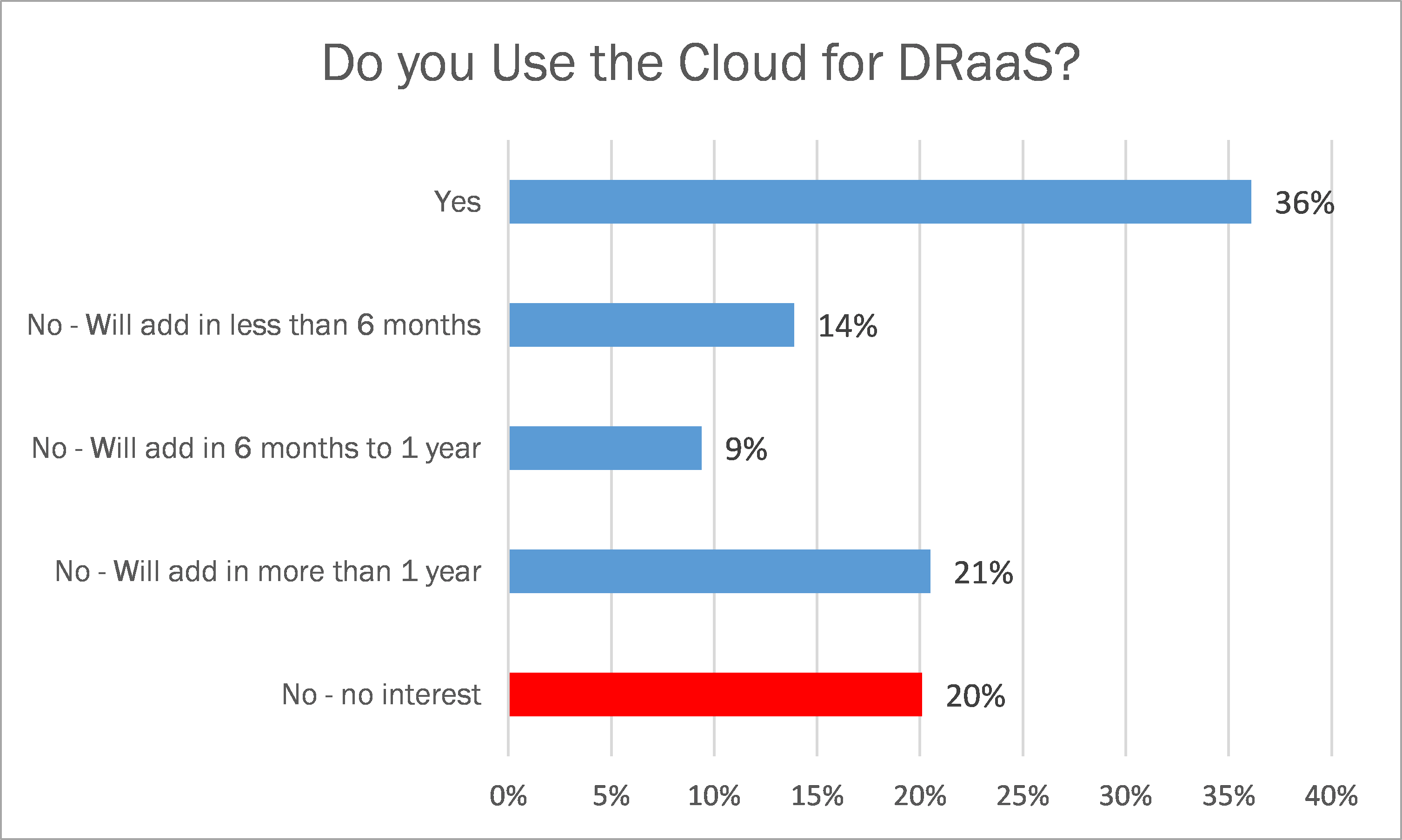 The June survey asked respondents using the cloud for backup and DR if they are also using it for DRaaS. 36% of cloud users reported using DRaaS, which means that, overall about 20% (60% x 32%) of 400+ responding organizations are currently using DRaaS in the cloud.

What is also interesting to note are the DRaaS adoption plans of non-users. An additional 23% of respondents reported plans to add DRaaS to their disaster recovery capabilities in the next year. Another 21% reported plans to deploy in greater than 12 months (generally this means they see the value and would like to add it but there is no formal project or budget to do so.) Overall only 20% said they have no plans or interest to add DRaaS, meaning that over the next few years the number of organizations using DRaaS will greatly increase. 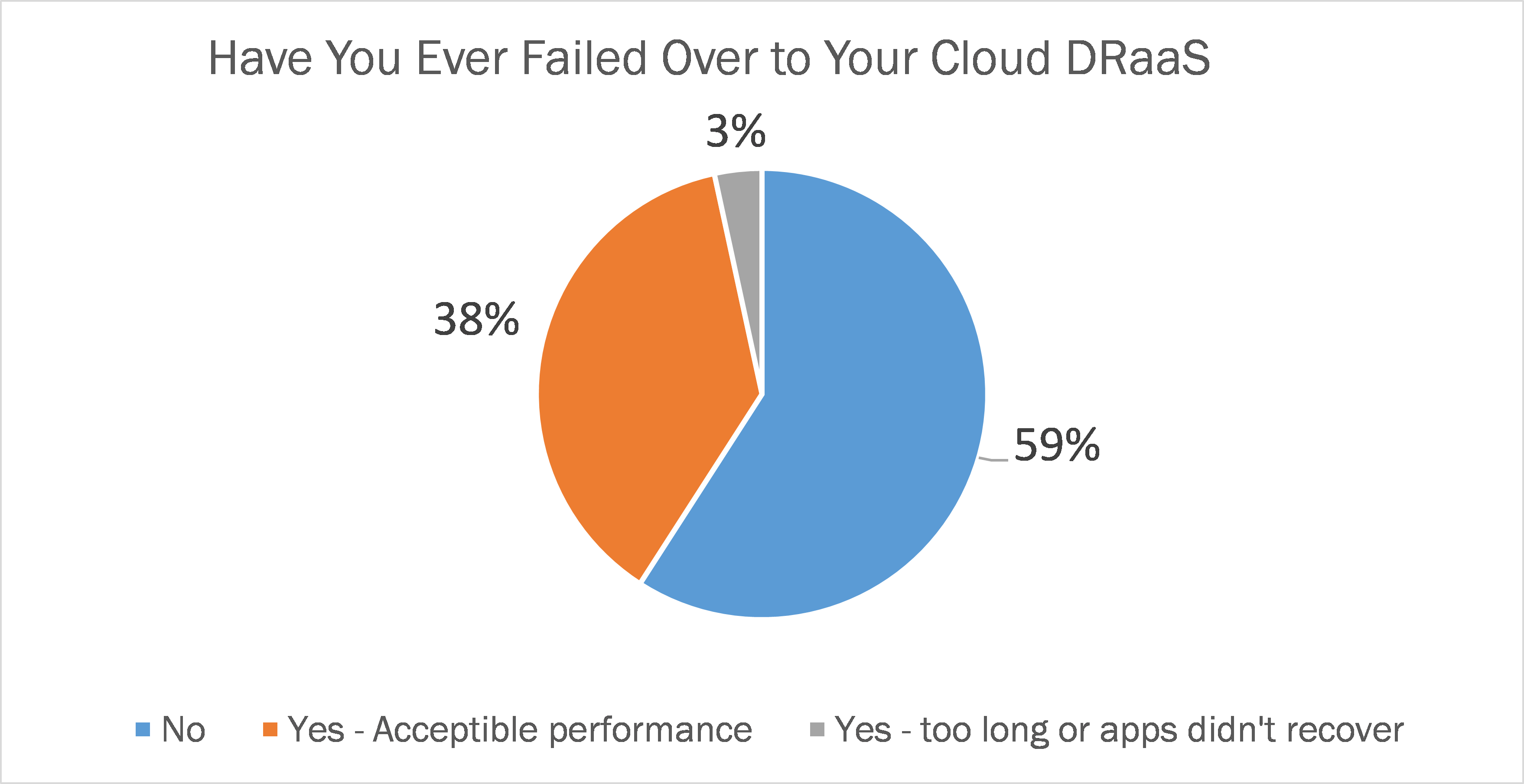 Finally, we asked the survey respondents if they have used their DRaaS and failed their production environments over to the cloud. 41% responded that they have failed applications to the cloud. DRaaS is not just a rarely-used insurance policy. 93% of those who did fail over reported that the performance was acceptable leaving only 7% unhappy with their DRaaS results. This is a surprisingly high level of satisfaction given that DRaaS can be very technical and failover happens during times of emergency and stress. What other product or service can you think of that has a 93% favorability rating from its users?

DRaaS has evolved from a “bleeding edge” service to having wide adoption. Analysis of DRaaS adoption shows that large enterprises have twice the adoption rate as small and mid-sized organizations. There is also now strong evidence that DRaaS can consistently deliver very fast recoveries and reduced levels of downtime. To see these findings and learn more about DRaaS read “Proof DRaaS Delivers – Results of Unitrends 2019 Survey”.

DRaaS delivers. If you have lost data or suffered downtime last year, consider using the now proven advantages of Disaster Recovery-as-a-Service. This technology has become more affordable and easier to use thanks to vendors such as Unitrends that offer full service DRaaS with White Glover Services. You can request a demonstration of the DRaaS service here.

Physical Servers vs. Virtual Servers: Which Works Best for Your Business?

Given today’s fast-paced, technology-driven environment, most IT decision-makers and business owners would agree...